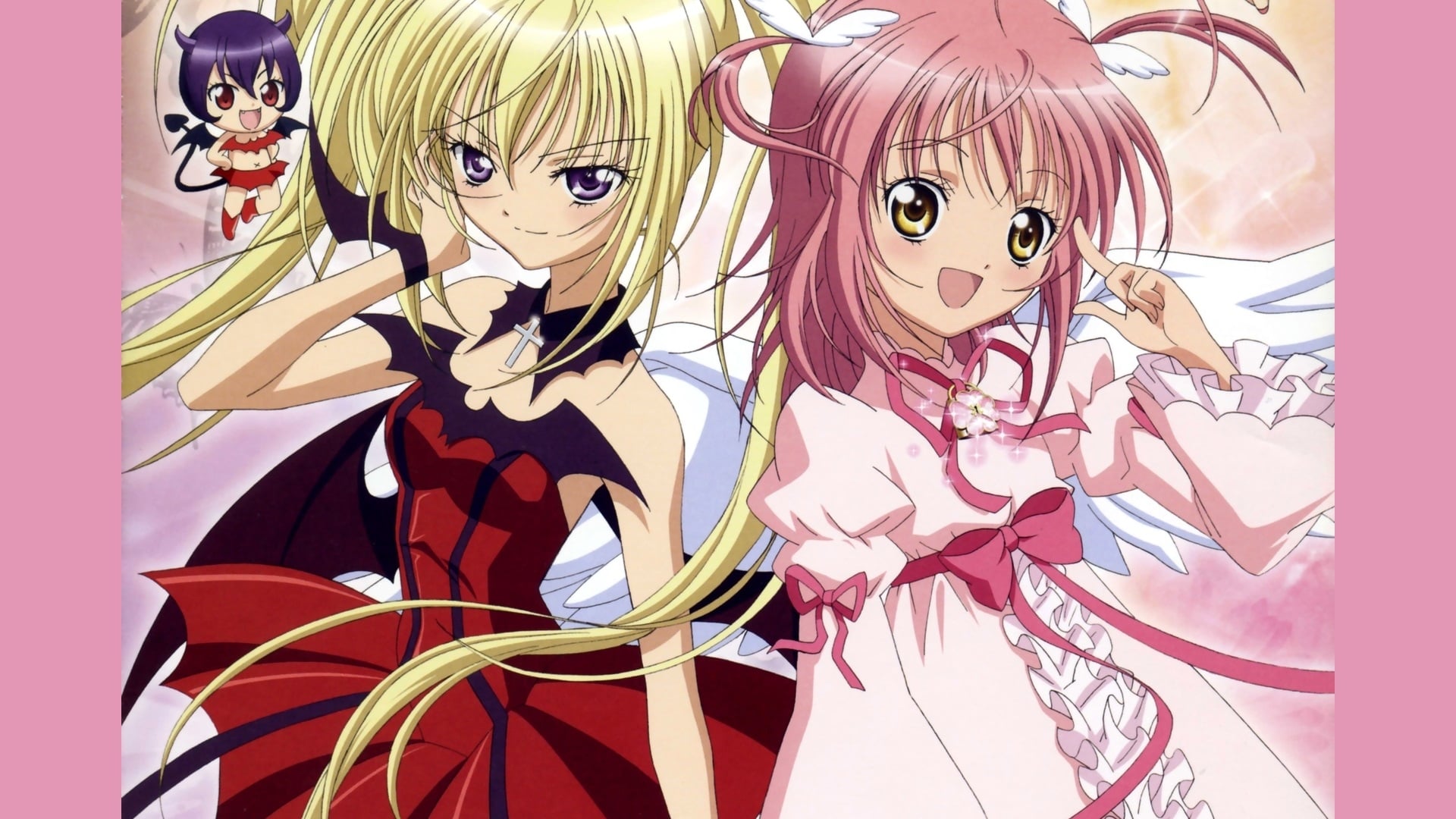 What's on your mind?

Would people be alright if I merged the pages together, maybe even set Nadeshiko to a redirect page so that it would lead to Nagihiko? I do have some reservations that it would be potentially spoiling people about Nadeshiko's identity but at the same time, the anime is over a decade old.

Does anyone have any objections?

Amu and Ikuto are perfect for each other. Plus their relationship teaches the importance to taking your time with relationships. It teaches that it’s important to wait until you really understand your feelings, and that you should find someone who is also willing to wait for you. It also teaches the importance of finding someone who really truly cares about you and who you really truly care about. Amu and Ikuto’s relationship is one built on love, trust, and understanding.

Amuto is a loving, pure, and wholsome ship.

He's wonderful and I love him thank you that is all.
(edited by Tianaisadork)
Ikuto Tsukiyomi
The poor Loli is given no attention by her parents they should be ashamed of themselves for child neglect and Rima I hope her character devolped more if there was another manga there are many un answered stuff in the show then in the manga
(edited by Ocarinaoftime213)
Rima Mashiro

I am just a guest and I really hate the way people hate on Tadase for no reason. Tadase is one of my favorite characters, but Tadamu causes me pain because I honestly don't think Amu deserves him. To me Tadase and Kiseki are adorable. Is world domination a strange dream? Yes. Is it the strangest dream in the entire world? No, absolutely not. Truth be told I would rather ship Tadase and Kukai, Tadase and Rima or Tadase and legitimately anyone else. I think Amu doesn't deserve him because he is one of the kindest characters in Shugo Chara and Amu thinks that his true self is disturbing. I am going to rant now because this really annoys me about Amu's character. Amu is probably the worst match for Tadase out of all the guardians.

1) She only liked him for his looks at first and got very offended when he in turn only liked Amulet Heart. She's not better than him and she had just done the same thing to him.

2) She thinks his true self is disturbing. THIS IS COMING FROM THE GIRL WHO CAN'T PICK HER DREAM! This annoys me to no end because Tadase is so kind and she would be lucky to have him. His true self is all about him trying to be more expressive and brave and his dream is actually more common than it seems. When someone thinks of world domination there's a question of what world they are considering. When thinking of Tadase's dream I feel like he wants to dominate the world...inside his own head which would make more sense than him trying to become a world dictator. This dream is actually not disturbing in the least. Wanting to take control of yourself is a good thing. Kiseki isn't making plans to take over the world now, is he? No, he's trying to boost Tadase's confidence which is very different than "actual" world domination.

3) Ikuto would be hurt. Honestly, if Tadamu happened I feel like Tadase would resent Amu just a little and here's why. Amu confessed to him in probably the most shallow way possible and then got offended when he only liked Amulet Heart. I think Tadase is amazing and that Kiseki is cute, but I don't hate Ikuto or Yoru they are great and obviously I don't ship Tadamu so I have little to no reason to resent them.

4) I am nearly 100% certain that Tadase is not in love with Amu. I can see them being close friends and nearly siblings if Amu would get over herself. Tadase really only liked Amu for Amulet Heart which is actually Amu's fault. I think this is the case because Amu doesn't really let Tadase know her true self. Ikuto knows more about Amu because he sneaks into her house. Amu doesn't understand Tadase enough to be in love with him and similarly, Tadase doesn't understand Amu enough to be in love either.

5) I think Tadase and Kukai could work because they are the best friend, and they have the capability to be a good couple. They know each other well enough for a relationship to work. Thet would be a much better match than Tadamu. Tadase and Rima are both somewhat complex characters and Rima would be more capable of understanding Tadase's dream than Amu which makes them a better couple than Tadamu.

I think I might be a little rough on Amu, but she deserves it. I don't think she really deserves any of the boys unless she gets over herself. Not Ikuto, not Kukai, and definitely not my dear Tadase.

Movie reboots are a good choice. Will there be a movie out of it? Comments please! Feel free to create your own film plot.

Now we have all seen those squealing fangirls state their opinion. Things get pretty ugly.

"It is a free country and the tadamu people are pathetic anyways, pathetic people are made to be taken over."

"Aww go shuck on a fumb"

(The know it all peacemaker)"Guys take a deep breath let's just respect others's opinions. How about we call a truce? Who's in"

Now we all realize that everyone likes Amuto. Even Peach-pit, the mangakas. Amu and ikuto are just more fit for each other...in the story. Ikuto is more worthy anyways. He makes more jokes, is less boring, and has more of a backstory.

I don't know much about shugo chara, but I know that The story would be much more interesting if somehow those two were made equal. So they could just fight over Amu forever. And Amu would never decide. The creators of shugo chara keep dropping hints that Ikuto is better. But why does Amu have to choose?

I am just wondering what Shugo Chara Doki episode is the group transformation for Amu/Amulet Heart, Yaya/Dear Baby and Rima/Clown Drop in?  I know they transform together but I forgot the episode number.  Thanks for the help.

(edited by SailorMadoka29)
Amu Hinamori
I thought she was still Uatu-Chan's (Found a spoiler :T)

For some reason I love this picture

She is named after Candies member Miki Fujimura.

In my opinion. Amu is one of the best female protaganists in a shoujo magical girl anime. She is one of kindest friends, especially to other women. Many magical girl anime lack true female friendship. That's why this anime is a rarity. On top of that, she is contanstly cheering up others and making them believe in their dreams. Everyone makes mistakes, but she learns from them.

I just want to know if Rima transforms on her own in Shugo Chara Doki, like how Amu and Yaya do.  Thanks for your help.

I have the 12 volumes of this series, and none of them state the height or weight of the characters. Was there a special artbook made that has their stats, or is there no actual source for their heights?

Where did this wiki get its sources? I've read the manga, and do not remember her stats being mentioned. MAL, in addition, does not list its source.

Honestly, when I first watched Shugo Chara, I thought Tadase was a girl. But when I saw Ikuto, I was like, "Hot damn". And in the manga when I read all those Amuto moments, I just freaked out and they became my OTP. Even though they kissed, they should've KISSED-kissed. Y'know? :)))) Amu and Ikuto are Libra and Sagittarius btw, so... they're a good match!

(edited by Fairy mage)
Amu Hinamori
I Have Been Watching Shugo Chara But Its Over On Crunchy Roll I Have Never Heard OF some of these Characters Somebody Please Tell Me Where These Episodes Are At?
(edited by Hanajmarshall)
Mi
who ever does it is very good at english
(edited by Totoromags)
Shugo Chara! (anime)

I'm so confused about this. I know Japanese enough to know that Chiisana Hoshi means The Little Star, not The Little Prince. It was clearly demostrated in the anime that Ouji means Prince. So I really want to know why the english title is incorrect. Can someone please tell me? Thanks :) 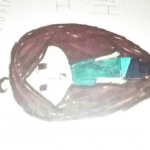 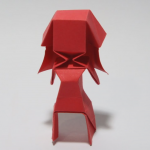 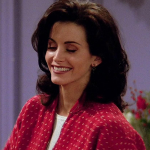 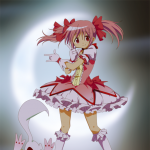 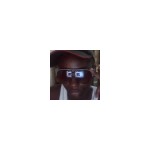 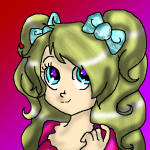 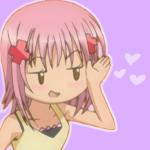 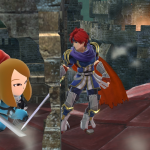